Baseball Canada and Major League Baseball Volunteer of the Year Award
This award was created in 2001 to recognize the contribution of the most dedicated, enthusiastic person who has devoted at least ten years of volunteering within their provincial association.

When you think of the Bedeque and Area Minor Baseball Association one name comes to mind and that is Kevin McKenna. A volunteer who for years kept the association running literally on his own, Kevin is largely responsible for growing the association to where it currently stands. Kevin might be best known across PEI for his work behind the plate and with the PEI Umpires Association where he is a long-time member of the Board of Directors. 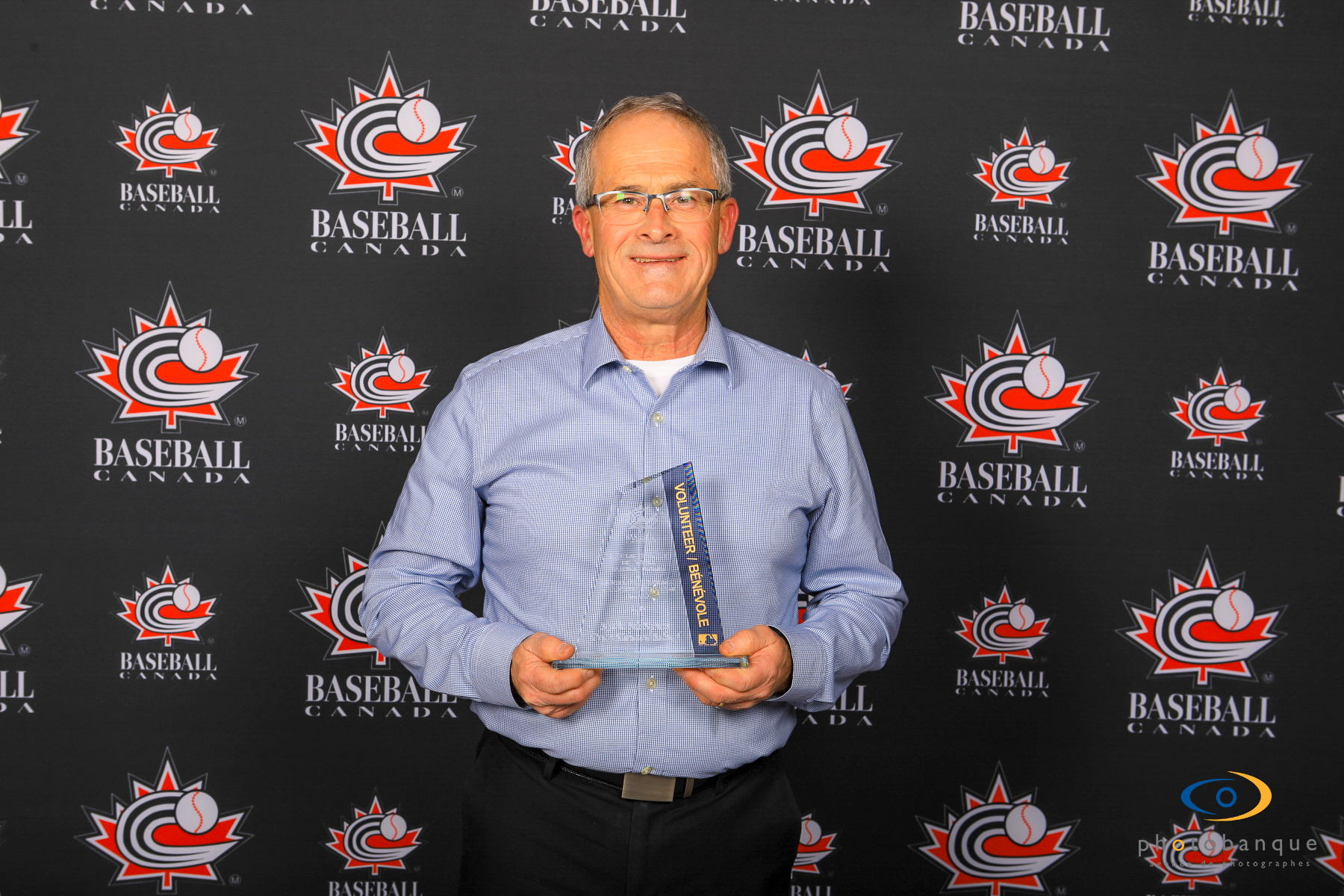 Regarded as one of the top coaches on Prince Edward Island, Rob McCormack pulled off one of the greatest feats in Baseball PEI history last summer leading a scrappy group of 15-year-olds to a bronze medal victory at the Ray Carter Cup in Oshawa. Rob has led numerous PEI representatives at National Championship events and is renowned for the way in which he prepares his teams, emphasizing skill development and their high level of baseball IQ. An asset on the Island, it is hoped that Rob continues to impact the lives of young PEI ball players for years to come. 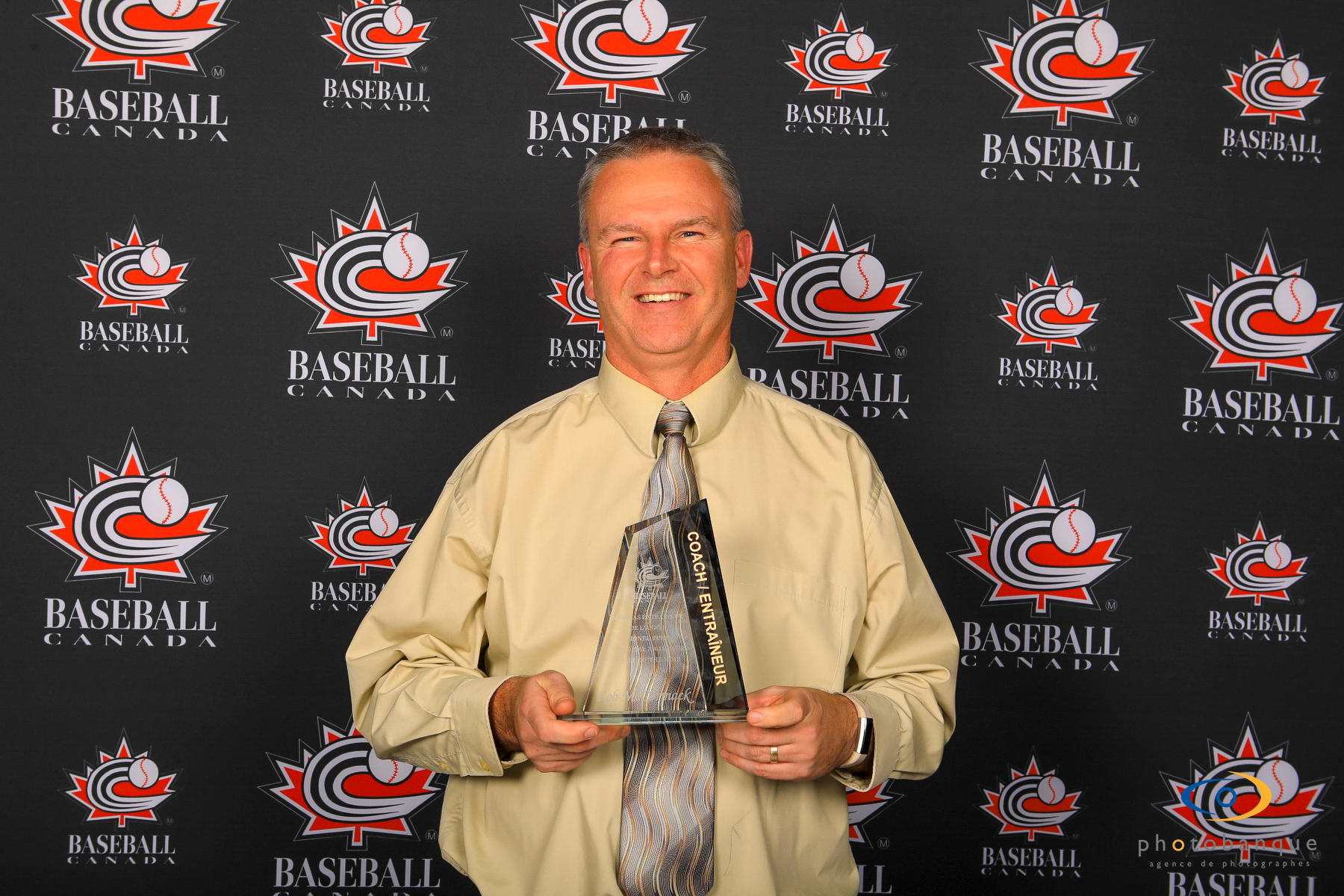 A pillar of the Baseball Saskatchewan umpire program for over 20 years, Trevor’s tireless work has been felt across the province, country and internationally at all levels of the game. A veteran of numerous National Championship events, Trevor has also represented Canada at 3 international events and is an active member of Baseball Canada’s Umpire Program. In 2019, Trevor Supervised the Women’s Invitational in Okotoks, Alberta and was handed the gold medal game home plate assignment at the 21U Men’s Championships. 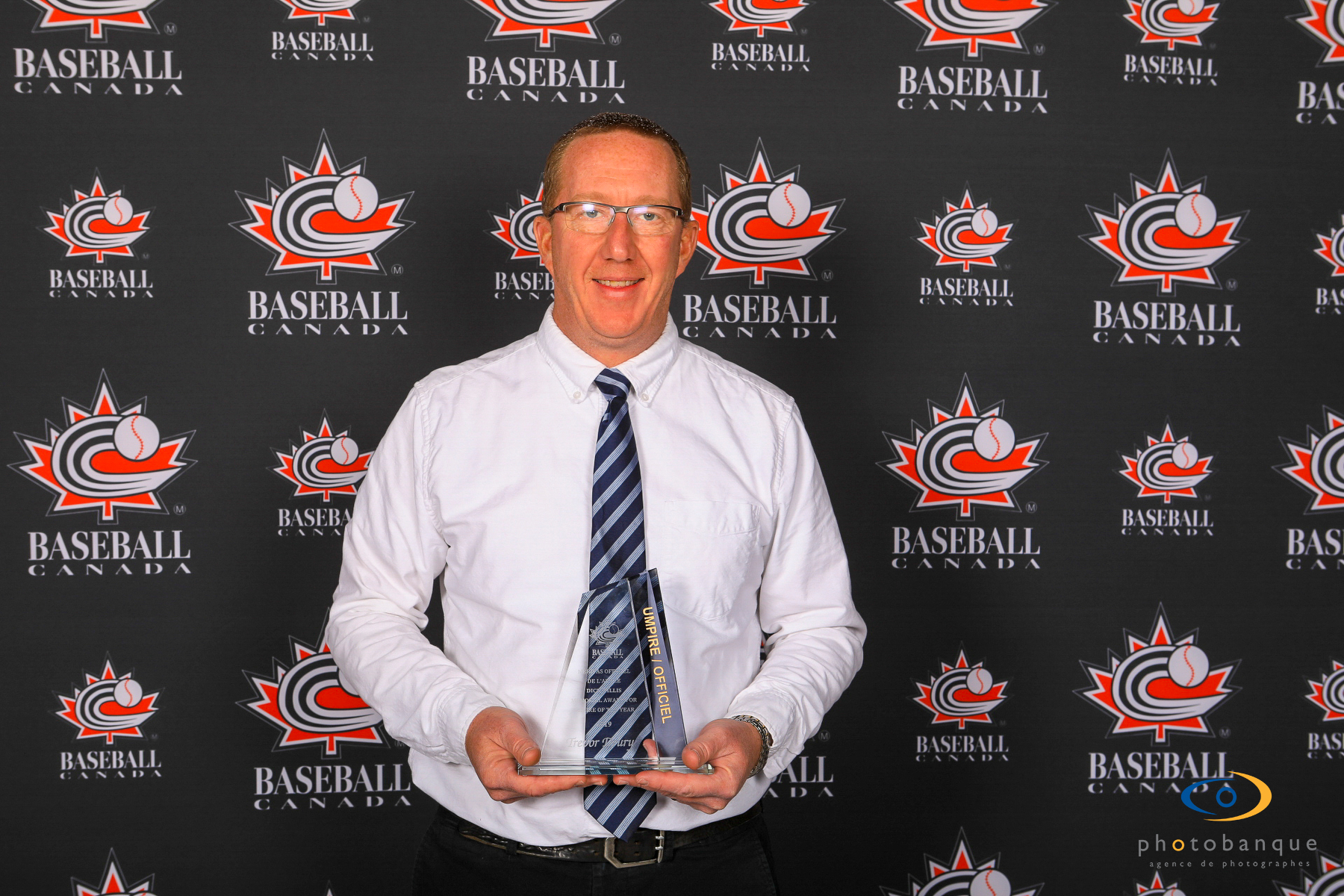 What hasn’t Mr. Nickel done in his illustrious umpiring career? Too many provincial and national championships to count, international assignments and supervisory work are on his impressive umpiring resume that spans four decades. What’s more impressive perhaps is that Rocky’s off-the-field accomplishments and contributions to umpiring have impacted the lives of many through his work as a Senior Course Conductor, mentor and teacher. A former Saskatchewan Umpire of the Year, Dick Willis Umpire of the Year and Sask Sport Official of the Year it is only fitting that Rocky now adds Lifetime Umpire Achievement Award to his legendary career. 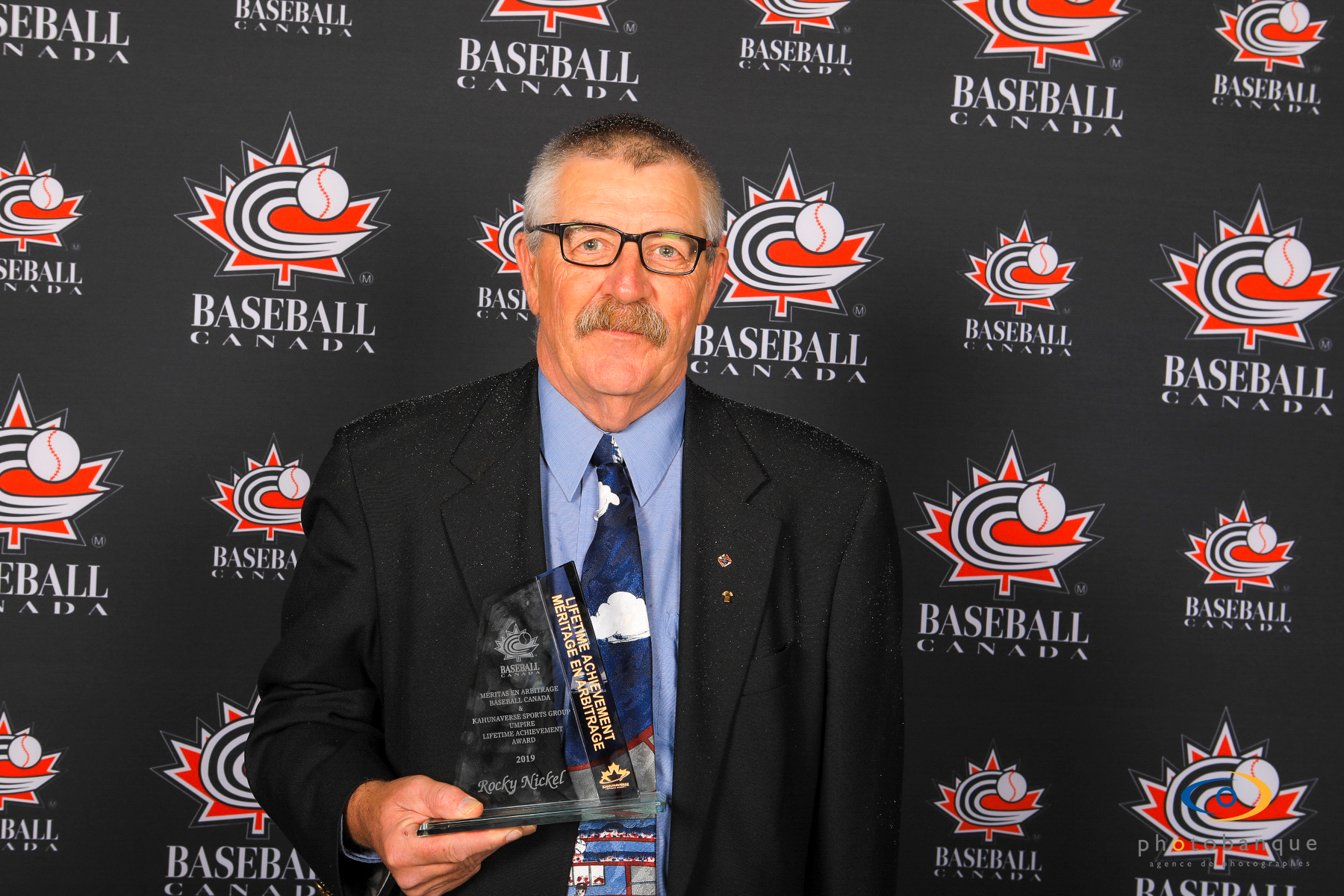 Province of the Year Award

While all other awards acknowledge individual contribution to baseball in Canada, this prestigious award recognizes the outstanding achievements of member provinces.

Celebrating their 50th anniversary in 2019 Baseball Québec had another successful season both on and off the field including seven medals won at Baseball Canada National Championships to place first in that category while also placing first in program delivery. Baseball Québec continued to be leaders in coaching certification and membership growth and retention while ranking in the top 4 in governance. 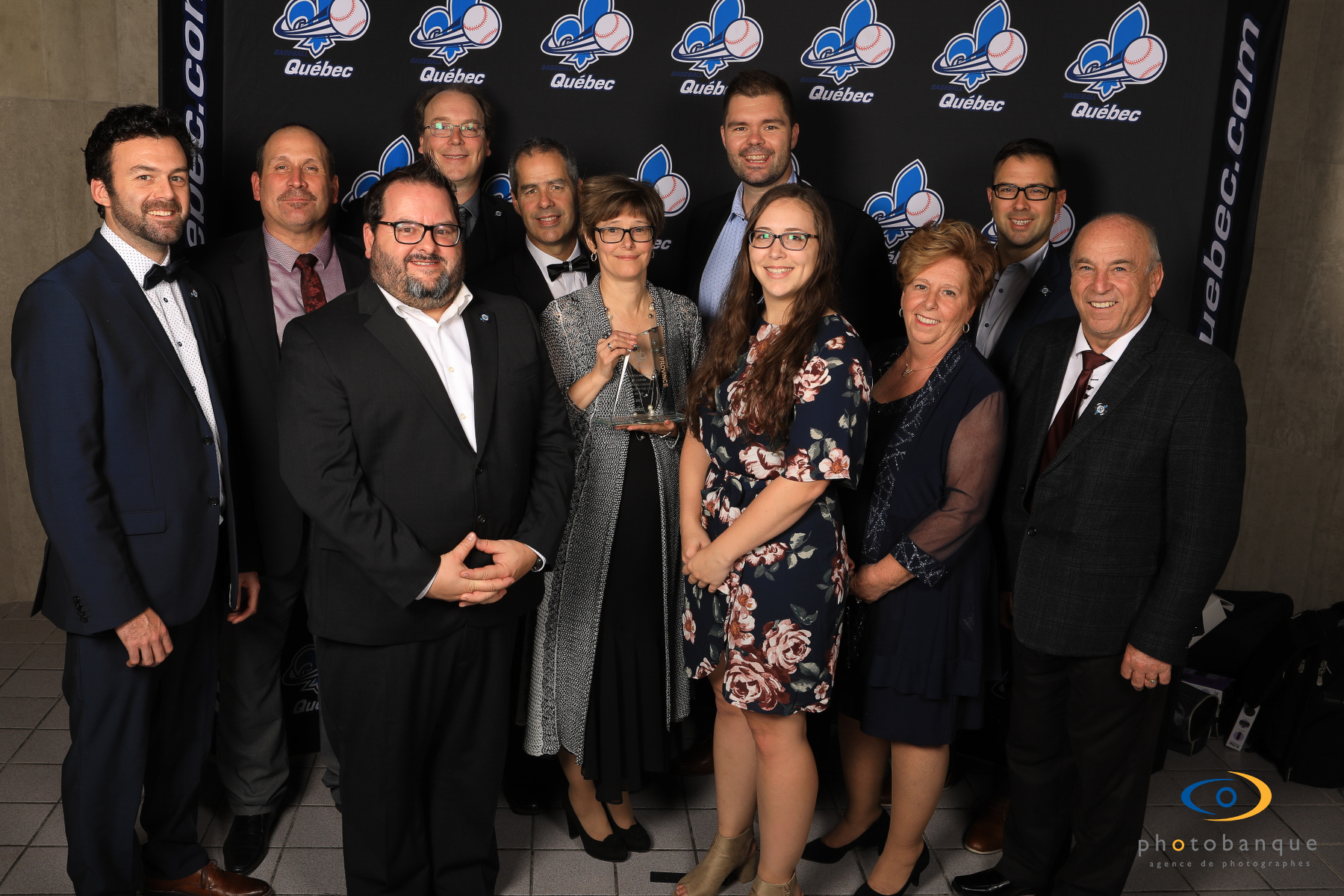 Baseball Canada would also like to recognize the Baseball Québec Hall of Fame inductees who were honoured over the weekend including former national team players Derek Aucoin, Pierre-Luc Laforest and Stéphanie Savoie, along with former national team coach Richard “Skip” Émond, René Marchand and François Lemire.

Support pours in for Soroka.